How One Company Boosted Productivity 5-20%

In the world of web design, where art dances with business at the lightning fast pace of technology, employee performance matters – a lot.  This environment, where a mis-placed character, say a stray period or even more elusive single quotation mark (‘) could utterly corrupt your code and render it unusable, is ripe for the benefits of improving brain health and functioning.  Where tens of thousands of dollars are invested in an outcome which in turn may determine the success or failure of both yours and your client’s business.

This is the fast paced, high stress world of professional web development where my friend Keith plays in daily and where employee productivity significantly impacts his business in a very meaningful way.

During a discussion about the performance implications of brain health in a technology company we hatched upon the idea to test and see just how we could help create a culture of brain health and measure the outcomes in productivity, profitability, employee satisfaction, and thus client success.

What if, by the simple introduction of a powerful brain supplement like MindBoost Day and Night could we actually, measurably improve the business in three critical areas – 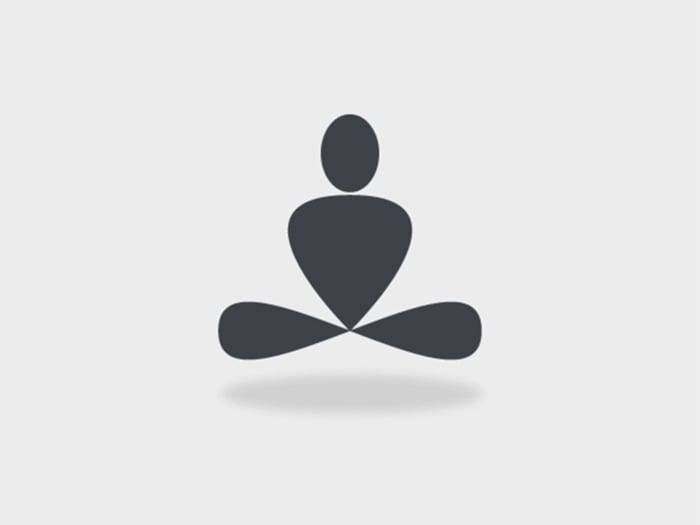 Keith is the founder of Zenman, one of Denver’s leading website development and ad agencies. His company produces some of the most effective and innovative websites and digital marketing on the internet. He and his team literally live on the edge of technology.

Keith has actively cultivated the idea of Flow in his company with innovative work environments that result in exceptional experiences for both his employees and clients. His reputation for excellence has been recognized throughout the industry with numerous awards and a very happy, long list of clients.

Zenman is the type of company where every minute counts. Web design is billed in working minutes. Incredible focus and attention to detail is required throughout each and every day.

The prospect of even the tiniest improvement in productivity can result in many thousands of dollars in revenue and profits; not to mention employee and client satisfaction.

The idea behind the creation of MindBoost Day and Night was to give your brain the nutritional foundation to achieve this ultimate Flow state more easily and frequently and then help support recovery. What would happen if a select group of employees at Zenman took the brain supplements for a 90-120 day period?

Could we see results and specifically measure them? Turns out Keith already had the measurements in place.

His sophisticated management systems already tracked company wide performance down to the minute. We could certainly measure the performance of those who took MindBoost against those who did not over the period of the experiment.

And so, in early June we presented the experiment to the company and our original test population containing about half his employees signed on to participate in the experiment.

Now we acknowledge this isn’t the most sophisticated, placebo-controlled, double-blind study but the results were still outstanding.

Of the employees who participated, we were able to measure a gain in productivity in billable minutes by a minimum of 5% on the low end and 20% on the high end.

Let me reiterate that.

5-20% increase in productivity from the simple introduction of a full spectrum brain health supplement MindBoost Day and Night.

More than I could ever say, here is Keith explaining the results in his own words:

One of the things that is critical to this agency is productivity. We don’t create a widget. We basically sell our time and we sell our time for a pretty high dollar amount.

It’s critical to me and to the staff here that they’re able to stay laser focused on what they’re actually working on. We have two different pods and each pod works on two sets of core-hours. So in the morning they have three hours that they work on that nobody talks to them at all, they are uninterrupted.

They have lunch, then they have one hour that we can interact. And we have another pod that’s staggered. So at any given time there’s resources that you can go to, but when somebody is working in that flow state we allow them to stay in that focus.

We measure our productivity literary down to the second, just like in law firm, because we bill between $125 to $300 an hour for our time. In all honestly, moving the needle 5% in productivity might mean $500,000. So every percent is pretty significant, we have to achieve a certain level to just break even.

But by being able to turn up the productivity and maintain the level of quality that we do, not just cranking out a bunch of work, but actually being focused enough to produce more in the same amount of time, is uber appealing to me as the owner.

I was very optimistic at the onset of this project that it would increase everyone’s productivity. I was actually surprised that 100% of the participants that took Simple Smart Science supplements, actually had an increase in productivity, 100%.

That increase in productivity ranged between 5% and 20%, there wasn’t this caffeine rush, like I just drank a giant Red Bull. It was something that just seemed like taking my multivitamin every day, it was part of my habit and I didn’t feel a significant change.

But, when you look at the numbers and the productivity there was significant change. That’s what I like about this versus some of the other supplements that actually employees were taking, is that lack of caffeine or Red Bull or five hour energy kick. It’s not really what it’s about, we don’t want people to be jittery.

We just want people to be in that flow state. We take a lot of queues from agencies like Pivotal Labs, where they provide a healthy breakfast every single morning before stand-up.

Everybody is there early, they eat healthy, they have a collective synergy from first thing when they sit down in the morning, they hit the ground running and they get in that flow state.

So this is actually something that I’m going to pitch to my buddy at Pivotal and let them know the success that we’ve had with it, and I’m sure they’re probably going to jump on board too.

One of the things that personally benefited me as an entrepreneur, as father of a four-year-old and three-year-old, the thing that’s changed is the ability to get to sleep quicker. I don’t sit and read a book for 90 minutes. I read a book for 10 minutes and I’m able to turn off and get into that REM state and quality sleep. So for me increasing my sleep that extra hour to 90 minutes, when I was only getting four or four-half, five hours a day at most, has actually significantly changed my demeanor personally, my productivity, as well as just my overall happiness.

I am excited to continue the experiment, I think we are going to have a 100% participation with everybody that participated in the original experience continuing.

There’s only eight hours in the day. One of the things that we really focus on is not having people work overtime here at Zenman, that’s the one thing that was very unique in using Simple Smart Science supplements here at Zenman.

We are not asking you to work longer, we are not buying you cases of Red Bull, so you can stay and work late, we just want your best for eight hours a day, and then we want you to be able to turn it off, relax, focus, unplug and come back tomorrow refreshed.

While this experiment wasn’t clinical or rigorous, both Keith and I found it very interesting and the implications were pretty powerful.

We have all seen the fantasical offices of company’s like Google, Apple, and others who spend incredible amounts of money on workplace environments in an attempt to increase employee productivity and contentment.

With a little thinking outside the box, this experiment demonstrates that even the simplest of ideas such as providing your employees with a brain health supplement can have an impact on not only the bottom line, but also the health and lives of your employees.

This reaches further than just employees and profitability. Imagine the same effects in your family, or your local sports team?

You could have a positive impact on any group of people.

Your Call To Action

Do you own a company? Play on a local sports team? Want to test this for your employees?

Contact us here and we will arrange a time to talk and put together your own company/group experiment.