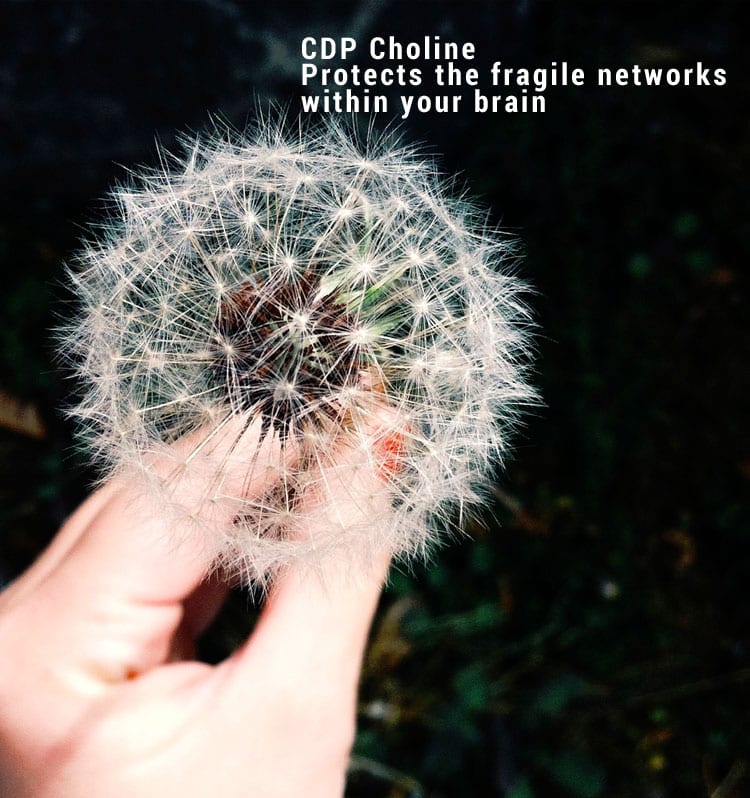 What is the difference between Citicoline and CDP Choline Supplements for Improved Brain Health, Concentration, and Memory?

If you are looking to improve your mental functioning and concentration, and you have done any research on the internet, you have probably come across citicoline, choline, or CDP Choline. And a whole slew of other seemingly related supplements that all claim to have brain health benefits.

What exactly is CDP Choline and Citicoline?

First of all, citicoline and CDP Choline are the same psychostimulant or nootropic.  Whichever name you wish to call it, the supplement is a powerful nootropic that research has found to help improve focus and mental energy.

Our brains rely upon Choline to function properly. Choline is a precursor to the neurotransmitter Acetylcholine, which is one of the many neurotransmitters in the central nervous system (CNS).  Among one of its many functions is that it plays a significant role in focus and sustaining attention.  People with damage to their brains and with low Acetylcholine has been shown to be associated with memory deficits and Alzheimer’s disease.  Lack of Acetylcholine has also been shown to be a primary cause of depression.

What are the benefits and uses of Choline and Citicoline?

An impressive list of benefits. Let’s explore them deeper.

The main benefits you will see from supplementing with CDP Choline / Citicoline is a better functioning brain. Choline helps keep the pathways in your brain clear of residue so that you can recall information faster:

One 2012 research study from Food and Nutrition Sciences, working with healthy adult women aged 40-60 showed that after 28 days of citicoline supplementation the women had 600% fewer mistakes than the placebo group!

Regarding improved memory especially as we are getting older as a population, citicoline supplementation has been shown to be possibly effective in the treatment of age-related cognitive decline that may be the precursor of dementia.

Are CDP Choline and Citicoline supplement safe and effective?

Throughout all the scientific literature we found, both CDP Choline and citicoline supplementation to be a safe and effective brain enhancing supplement. Few side effects have been reported or seen in the research. The only warning we issue is for pregnant, and nursing women and this is simply because there is a lack of information at this point.

Citicoline has a very low toxicity profile in both humans and animals.  Some studies tested high dosages in the 2000mg per day range and still found no harmful effects. The only side effects we hear include stomach aches and a little nausea and diarrhea. We suspect this is from taking the supplement on an empty stomach, but that can’t be proved of course.

Where can I get them naturally?

Foods are not a good source of citicoline. While the chemical is natural in the body, it does not occur in our food. The best sources for ingesting citicoline are in the liver and brains of other animals. This is a diet that is NOT popular in the United States.

Thus, to increase the levels of citicoline in your brain, you have to buy and take a CDP Choline or citicoline supplement usually found in the best nootropics.

How does Citicoline improve my brain health, memory, and focus?

Your brain needs to produce acetylcholine, and it prefers to use choline to make it. This neurotransmitter acts on both your peripheral nervous system and central nervous system.  It has wide reaching effects. We have seen that supplementation is one of the best ways to give your brain the choline it needs to make these important neurotransmitters.

Choline has also been shown to improve the cellular communication between your brain cells. Citicoline also increases the energy production in your brain and blood flow. Citicoline helps reduce inflammation and stress while protecting the blood-brain barrier.

What is the proper dosage?

While there is no standardized dosage, most of the science points to 250 to 500 mg to be the optimal dosage.

Conclusion: Choline is significant for overall brain health, but…

The original formula of MindBoost Day contained choline and people experienced terrific results over the last year using the product.

But, as you know, science never stands still. The amount of research in brain health and cognitive functioning is progressing at an ever increasing rate. Over the last year, our scientific team has continued to study the latest papers and findings. What we found has surprised us.

Our goal with MindBoost Day is to put into your hands the ultimate supplement for overall brain health. A supplement that gives you the top ingredients, with the best quality, and unrivaled support.

During the summer of 2014, we made the decision to remove choline from the formula and replace it with Bacopa Monneirri. For long-term brain health, our science team determined that this was a much better combination. You can read about it here.

Have you tried choline?

What was your experience?

Would you recommend it to a friend?

Previous Post The Science Behind Our Products And Development Next Post Rhodiola Rosea – Uses, Dosage, Health Benefits, and Side Effects