1 Ingredient That Is Destroying Your Memory

If you’re over 40 and are afraid your memory isn’t as good as it used to be, you’re not alone.

1 out of every 3 Americans are destroying their memories by eating one specific ingredient in their food and 90% are completely unaware of it. 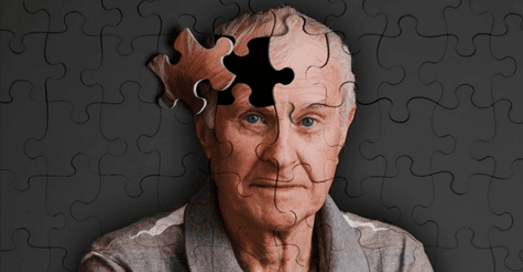 Added sugar, but not just any sugar. 1 specific sugar that has only been around since 1975 and we’re only now seeing the long term effects of this chronic toxin called High Fructose Corn Syrup (HFCS). 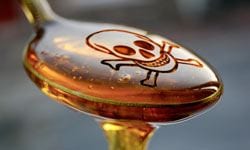 HFCS is in almost every processed food you eat, from breads and drinks to even some meats and ketchup. About 80% of the foods on a grocery store shelf have either added sugars and/or HFCS.

“Sugar has become the principal poison in our diets -- blamed by many nutritionists and public health officials for myriad health ills, including the obesity epidemic and chronic conditions like diabetes and heart disease."

As a brain health specialist, the scariest result is what HFCS is doing to your memory. It is chronic and happens slowly over time causing forgetfulness, insecurities and frustrations.

Many people don’t even realize that their poor memory and even some diseases are caused by what HFCS is doing to your brain.

We know that sugar makes us fat.

But eating too much added sugar and HFCS increases your risk of Alzheimer’s disease by 70%.

The mounting evidence has even led some scientists to refer to Alzheimer’s disease as “Type 3 diabetes,” because of the strong link between blood sugar levels with cognitive decline.[ii]

And a full HALF of all people over 85 already have Alzheimer’s disease. [iii]

Why are we so addicted to sugar? 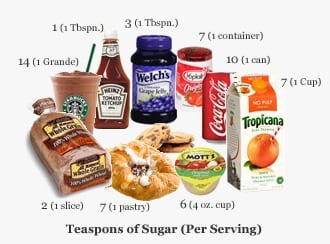 Sugar was very expensive and the large food companies were looking for a way to sweeten food cheaply.

High fructose corn syrup has a 20% sweeter flavor than sugar (73% more with lab created corn syrup) and is cheap to produce and store.

It was the perfect solution. Replace the costly sugar with the cheap high fructose corn syrup.

BUT, with the higher level of sweetness you would have guessed that food companies used less high fructose corn syrup to replace sugar, right?

Wrong. They use more. Lots more.

Prior to 1975, high fructose corn syrup didn’t even exist in our diets. Today, the average American eats 63 pounds of it a year.

If you took away all the foods on a grocery store shelf with high fructose corn syrup in it, you’d only have 20% of the foods left.

Not only did food companies replace fat with high fructose corn syrup, they replaced the fiber with it, too.

Foods with lots of fiber don’t store very long on grocery store shelves. But if you remove all the fiber, they can last a long time on a store shelf.

But, they end up tasting like cardboard. So the food companies brought in even more fructose so that you would eat that frozen hamburger patty that has been shipped around the world.

The average American adult male eats 187 more calories a day than he did 25 years ago. The average female eats 335 calories more a day. ﻿﻿﻿﻿[iv]. 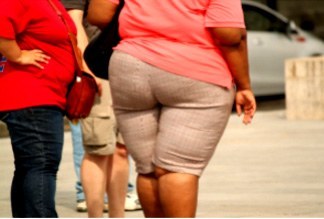 The bulk of these calories come from HFCS. In total, in 1970, the average American ate 70 pounds of sugar a year. Now, with the addition of high fructose corn syrup, that number has doubled to 141 pounds a year.

One major problem is that we’re eating more sugar in the form of fructose.

Another HUGE problem is how your body metabolizes fructose.

Fructose does not suppress your hunger hormone, leptin, so not matter how much you eat, you never feel full (maybe sick if you eat too much).

And addictions to this poison cause a slow, chronic decline in memory.

As more fructose is consumed, the body produces more insulin to regulate that sugar.

As you over-indulge on fructose and grains, your brain becomes overwhelmed by the high levels of insulin.

But there is hope. ﻿You can fix the damage HFCS has done to your brain﻿, naturally.

The FDA refuses to regulate it.

Why? They claim they only regulate acute toxins. They consider fructose a chronic toxin.

Even if you don’t have type 2 diabetes or pre-diabetes, higher blood sugar levels have a negative influence on cognition…[v]

About 85% of Americans are insulin and leptin resistant, mostly due to eating too much fructose.[vii]

Research has even shown that higher fructose levels are associated with a higher perceived age.[viii]

In other words, the higher your fructose levels, the older you’ll tend to look.

In another study from UCLA, researchers found that rats fed a fructose-rich diet developed both insulin resistance and impaired brain function in ONLY 6 weeks. ix

The amount of clinical research that has piled up over the past 10 years linking fructose to over 70 diseases is nothing short of shocking. [x]

﻿Fix the damage﻿ High Fructose Corn Syrup has done to your memory, naturally.

Want a more in depth view of the negative effects of sugar?

Movies like That Sugar Film are helping us to spread the word, but we need your help as well.​

Want To Learn Which Foods To Eat To Boost Your Memory and Brain Health?

Watch Memory Mastery Class #2 to learn which foods to eat for the best performing brain and memory.

And you'll discover which diet you can do up to 6 times a year to help prevent cancer, dementia and activate stem cell growth!